Goût de/Good France, a huge celebration of French gastronomy in France and worldwide, is back for its sixth edition! Over the years, Goût de/Good France has become an essential gastronomic event, and 2020 is no exception, as it promotes France around the world by combining tourist attractiveness, international promotion of products and emblems of French culinary heritage.

After Nouvelle Aquitaine and Provence, Goût de/Good France will feature Centre-Val de Loire in a series of events in France and abroad. In many ways, the gastronomy of Centre-Val de Loire epitomizes the art of living à la française. It was in that region, in Tours, that ten years ago the European Institute for the History and Cultures of Food initiated and promoted the inscription of the Gastronomic Meal of the French on UNESCO’s Intangible Cultural Heritage of Humanity list. 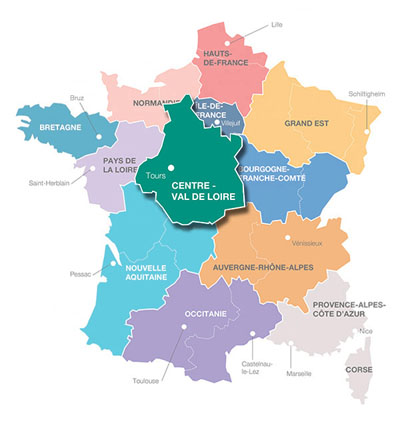 In partnership with the Centre-Val de Loire Regional Council and Regional Tourism Committee, the region will make gastronomy the focus of its 2020 “Nouvelles Renaissances” Cultural and Tourism Season. The region would like to present to the entire world this special relationship with regional products and gastronomy intrinsic to the landscapes in the heart of France and the Loire Valley in Goût de/Good France events.

THE GASTRONOMIC MEAL OF THE FRENCH is celebrating the tenth anniversary of its inclusion on the UNESCO list!

This sixth edition of Goût de/Good France will be marked by the tenth anniversary of the inscription of the Gastronomic Meal of the French on UNESCO’s Intangible Cultural Heritage of Humanity list. On 16 April, this heritage and this French customary social practice will be spread well beyond its borders, in its uniqueness and its diversity. By bringing together nearly 350,000 people to enjoy thousands of dinners à la française, Goût de/Good France proudly shares the values of French gastronomy each year.

Chefs from all over the world are now invited to sign up on www.goodfrance.com. In order to together promote French gastronomy on 16 April next, restaurants must follow a simple rule: compile a four-course menu which promotes the full diversity of French gastronomy, with each chef free to choose their menu according to the local market and seasonal produce. Culinary schools, which play an essential role in passing on French culinary heritage, will once again, for the third year in a row, be associated with the Goût de/Good France operation.

SIGN-UP FOR RESTAURANT OWNERS AND INFORMATION FOR THE PUBLIC AVAILABLE AT https://restaurateurs.goodfrance.co...