Home > Going to France > Discovering France > Video games made in France: a sector of excellence

Video games made in France: a sector of excellence

The primary cultural industry in France and worldwide, video game production produced turnover of 3 billion euros in France in 2012. By comparison, the French cinema generated only 1.3 billion euros in the same year. At an international level, France now ranks second in terms of the number of video games produced, just behind the United States.

A market that is attracting a growing number of consumers

Since the 1990s, video gamers have multiplied all over the planet; they now number over a billion. To feed these demanding consumers, a lot of companies have sprung up in France, alongside creative studios and competitive clusters. Today there are 300 businesses registered in France, employing over 5,000 people. French-made video games are diverse: some firms publish traditional games, whilst others are focusing on so-called “dematerialised” games. In vogue since the 2000s, these are video games that can be played on a computer, tablet or smartphone, without the need for a console.

A breeding ground for talent

French businesses spend a budget of over 500 million euros a year on developing high-quality games. This dynamic sector benefits from many business start-ups: 32% of French businesses are less than two years old. Julien Villedieu, representative of the French Syndicat National du Jeu Vidéo, mulls over the causes of this exponential development: “France has been recognised worldwide for its creativity since the 1980s: it’s a breeding ground for talent.” As well as its international reputation, France stands out for the quality of the training offered to engineers and artists in the game-graphics field. Moreover, the country has many international market leaders. The group Activision-Blizzard for example, a subsidiary of Vivendi and Ubisoft, is among the top five video game publishers worldwide. This French giant published the famous war game Call of Duty, the latest episode of which, “Black Ops”, was the number one seller in France and the United States at the beginning of 2013. 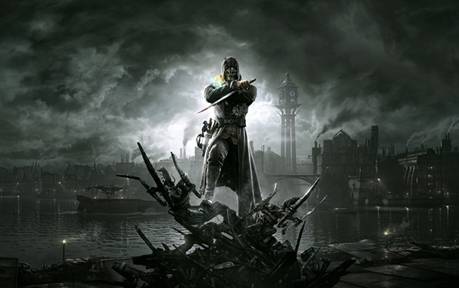 “The French-made video game is designed to exist abroad; 80% of the games produced in France are destined for export,” Julien Villedieu points out. In this context, it was French companies that produced Just Dance and Rayman Origins. These games sold in their tens of millions in a few months. Finally, Dishonored, produced by Lyon’s Arkane Studios, beat sales records when it came out in October 2012. This critically acclaimed game sold more than 1.5 million copies in two months! A success that the director of Arkane’s Lyon studios, Romuald Capron, attributes to its unique nature: “It has been well received because it’s something new, a new idea in a market saturated with sequels. What gamers like is to be given freedom in the way they experience the game.” In Dishonored, the hero moves around in a fictional world inspired by 19th-century England. He can choose several alternative paths to reach his goal of revenge... In Romuald Capron’s view, the game has also been recognised for the quality of its graphic world: “In our main studio in Lyon, we employ programmers, graphic artists, designers, and sound and special effects specialists. France has plenty of know-how in this area.”

Like this 100% French game that can be downloaded from the internet, the future of French-made video games is now turning to the digital download. Fans play increasingly on social networks, using a smartphone or tablet. This is pushing 93% of French companies to work on this type of game. In this context of growth and specialisation of the market, Paris is to host the Webgame Conference in June. For the last three years, this European conference has brought together over 800 leading professionals in the digital download video game sector every year.